Orange County is home to the city of Orlando, world-famous theme parks, an international airport and convention center, professional sports teams, and the University of Central Florida, the second largest public university in the country.

Tourism, technology, real estate, and construction are all thriving in Orange County. Other key industries include optics/photonics, digital media, simulation/modeling, and medical/healthcare, which is buttressed by major research projects underway at Lake Nona’s Medical City and UCF’s medical school. Other colleges and major technical schools in Orange County include Rollins College in Winter Park, Valencia College with campuses throughout Central Florida, Full Sail University, and the trade school MMI/UTI. The law schools for Barry University and Florida A&M University are located in downtown Orlando.

Known as The City Beautiful, Orlando is the county seat with a population of nearly 286,000. It also boasts a burgeoning arts, food, and culture scene, which are making it increasingly attractive to young professionals.

More than 1.39 million residents reside in Orange County. It’s the main hub of the Central Florida SunRail commuter train and Orlando International Airport is one of the busiest terminals in the U.S. There is also an executive airport near downtown Orlando.

Orange County was named after the citrus groves that once dominated the landscape. Citrus canker and freezes in the 1980s decimated the industry, giving way to huge tracts of agricultural land being developed for residential and commercial purposes.

Orange County partners with the Orlando Economic Development Commission and the state of Florida to attract, retain, and grow companies. dbrCommercial will help you find the perfect place to locate your business in Orange County, the epicenter of Central Florida. 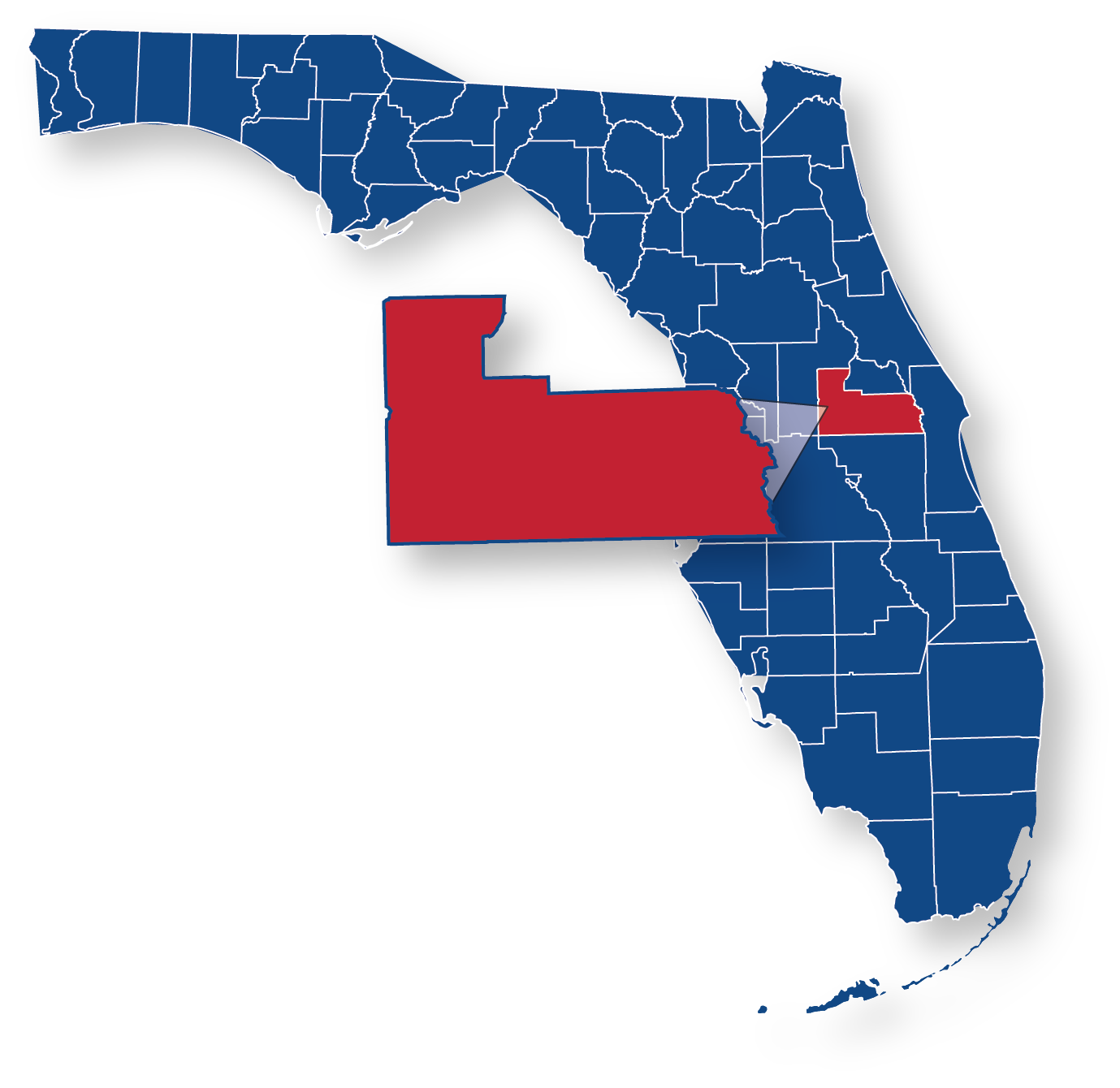