Osceola County is one the nation’s fastest growing communities, where Florida’s heritage meets its future in the heart of Central Florida’s well-established tourism and agriculture corridors. The county is steeped in tradition while embracing change, currently transitioning into a hub for high-tech manufacturing and research through a burgeoning partnership with the University of Central Florida.

Much of Osceola’s growth has been among people in the highly-employable ages of 25 to 44, which, along with the new high-wage industry, is driving more higher education and workforce training programs in the county than ever before.

Rich in history, Osceola County was founded in 1887 by Florida pioneers who helped shape its roots in rodeo and agriculture, still alive and well today. The boom began when nearby Disney World opened in 1971.

More than 375,000 residents call Osceola County home, including a large Spanish-speaking population and corresponding market. Thousands of tourists also are staying, playing, and shopping in the county on any given day making it a prime location for retail companies and investments. The SunRail commuter train was extended south into Osceola in 2017 and connects it with Orange, Seminole, and Volusia counties.

But with roughly 60 percent of Osceola’s 1,500 square-miles still undeveloped, it is well positioned for continued growth in the coming years.

St. Cloud is the only other incorporated city. Kissimmee/St. Cloud is an approximately 15-minute drive from the Orlando International Airport and a one-hour drive to the Atlantic beaches on the east coast. Planned communities and other unincorporated but populous areas in Osceola County include Celebration, Poinciana, Buenaventura Lakes, Harmony, and Narcoossee, and it’s close to Lake Nona and Medical City.

Osceola County is ripe for commercial development on all levels. Economic incentive packages are available for businesses through the county and city governments that work with state and regional entities.

Whether you’re leading a small start-up or already run a large-scale operation, we have dbrCommercial associates ready to find you the perfect commercial property in Osceola County. 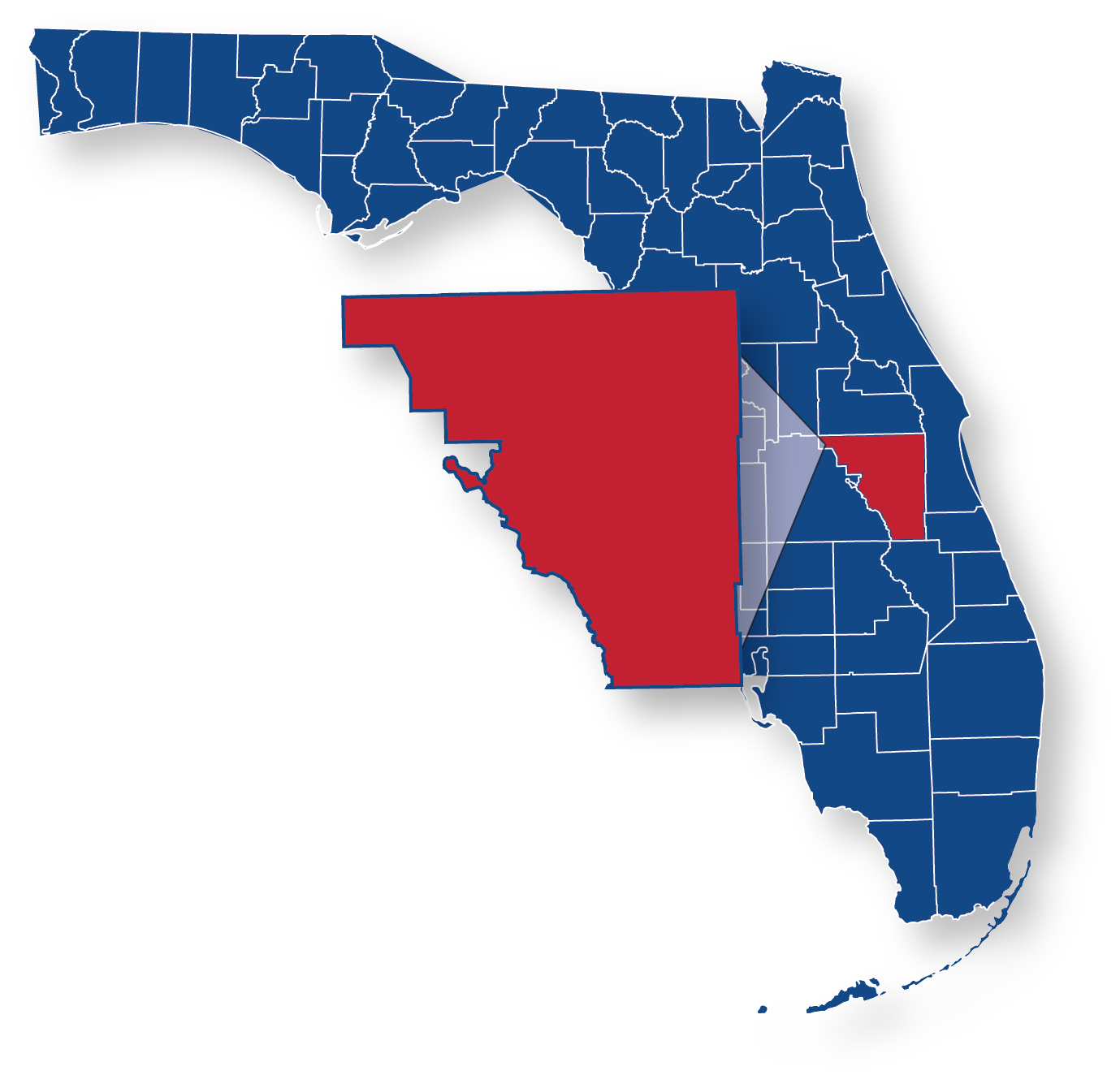